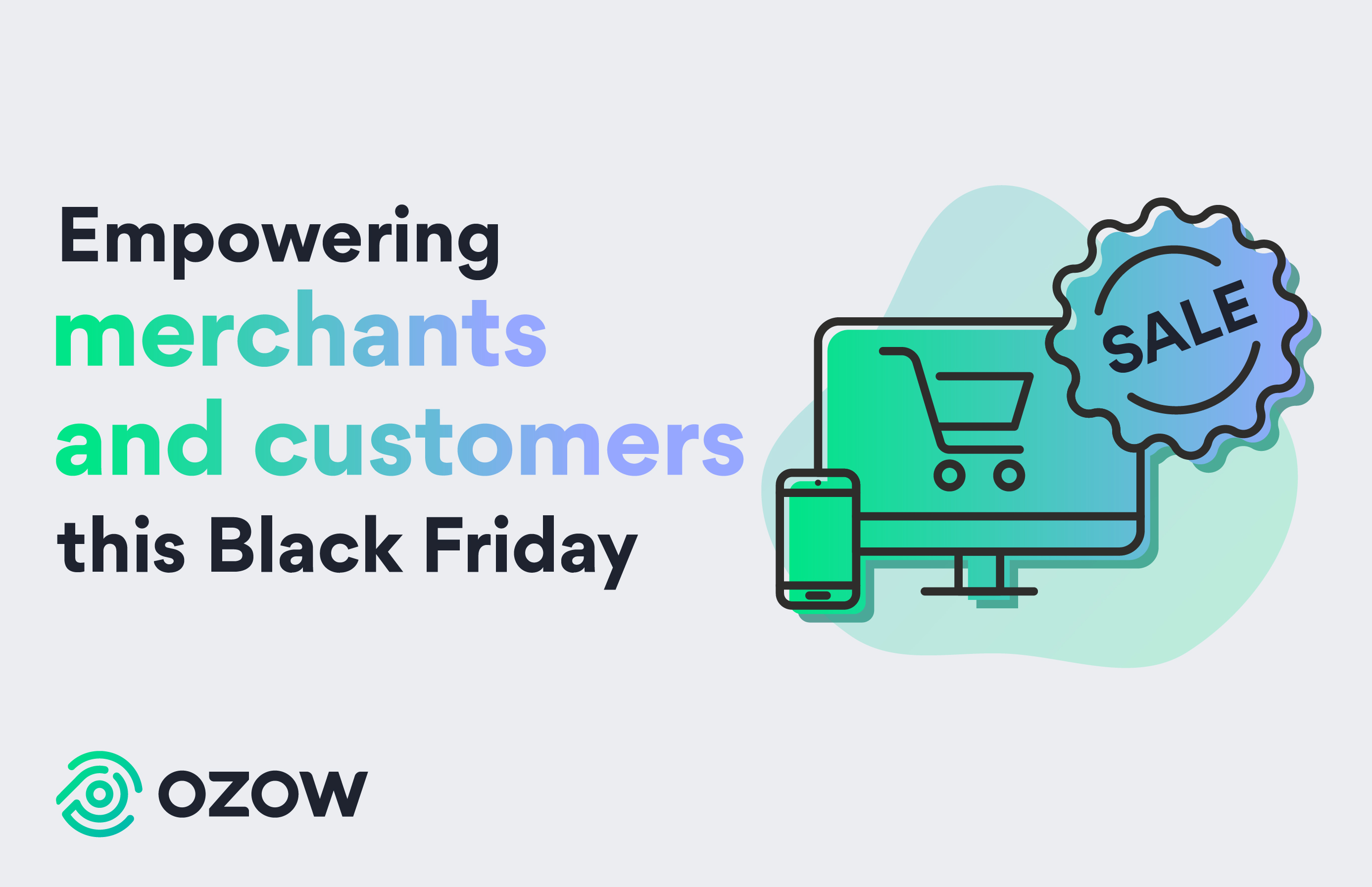 It’s fast approaching, the biggest hallmark day in the global retail industry: Black Friday. As it looms ever closer and the excitement builds, we start saving and compiling lists of items we want, and more importantly, we start to scour the web for hints of the deals we might snag on the day.

Despite being a relatively recent adoption in South Africa, the international craze has caught on like wildfire and it continues to grow. Every year more retailers are getting in on the action, with many of the big players even adopting what has become known as Black Friday month. Not even the pandemic could halt the cultural phenomenon. Just last year, in 2021, one of South Africa’s major banks processed more than R2 billion in transactions via electronic POS terminals alone.

From an online perspective the numbers were just as remarkable with Ozow processing one of the single largest transactions in South African Black Friday history – a transaction worth R500 000.

Online or in-store? You decide

Last year, because of the pandemic, Black Friday shopping trends leant towards online with shoppers browsing and buying from their phones and desktops. In fact, a study published by Nosto, a retail data analyst, said that 69% of shoppers surveyed globally opted to utilize their mobile device to transact online.

While the pandemic had a role to play in this, the convenience and comfort of shopping from home will continue to become more popular as people look at it as a way to avoid Black Friday crowds. Especially when you consider that more than 124 million people rushed to stores in 2019 according to the National Retail Federation in the US.

While there are many factors that come into play regarding why shoppers flock to stores, a major draw card is the supposed deals that can be found in-store. However, while they are enticing, many online retailers and even bigger companies offer the same, if not better deals online.

For merchants, the benefits of facilitating online shopping are clear as well with Shopify store owners collectively making $6.3 billion in sales globally in 2021. It’s become imperative that retail stores at least begin to build a presence online to take advantage of the ever-shifting digital economy. With that also comes the growing need for online retailers to simplify their payments processes through third party options such as Ozow.

While there is a big push toward online shopping for Black Friday, it’s also good to acknowledge that the experience isn’t perfect just yet. At one point or another everyone has experienced frozen payment portals on checkout. “Legacy banking systems weren’t built to handle such large volumes of online sales” mentions Trevor Belstead, Delta Capita’s London-based Head of Transactional Banking Solutions in an interview with Delta Capita. This often ends in system downtime which can be an issue for merchants and customers.

“Many banks have tried to mitigate the problem with small changes to systems or bolt-ons and have ended up with a very complicated infrastructure. The problem with this is that we don't entirely understand where the weak points are,” mentioned Belstead.

Which is why it’s important for fintechs and banks alike to work together. With the agile systems of fintechs, and the resources of large banking groups, we're able to collaborate for the good of the customer.

For merchants taking advantage of the surge in customers, the same issues can also apply. However, another major issue would also be customers over-purchasing with the intent to return items they aren’t sure of. For instance, the National Retail Federation concluded that more than $761 billion worth of merchandise can be expected to end up back at stores or warehouses.

It's imperative then that our refunds system remains intuitive yet simple so that merchants and customers can utilise the service without any difficulty. Our system allows for a quick turnaround time on the release of refunds from merchants back to customers who have requested them.

How Ozow helps businesses both big and small

We’ve invested time and effort into creating innovative solutions to tackle the issues mentioned. We’ve created fast payment systems to help reduce the possibility of hang-ups on checkout, giving you peace of mind. And not only are our systems fast, our risk and compliance team has put in significant efforts to ensure safety for both the customer and the merchant. They’ve done this by adhering to the strictest PCI compliances and POPIA regulations.

Our tech team also stress tests our systems to ensure we’re able to handle large volumes of transactions, allowing you to shop (or sell products on Black Friday) knowing the chances of experiencing hang-ups at checkout are slim. We can also confidently say that in the last four Black Fridays we’ve never experienced a system outage.

And that’s how Ozow simplifies processes so that both merchants and customers can enjoy a seamless Black Friday experience.

For more information on how we can help you shop or transact, talk to us at sales@ozow.com

To work with us this Black Friday and help get you ready for the retail event of the year click here.