Building a tech infrastructure that lasts by Heathesh Bhandari 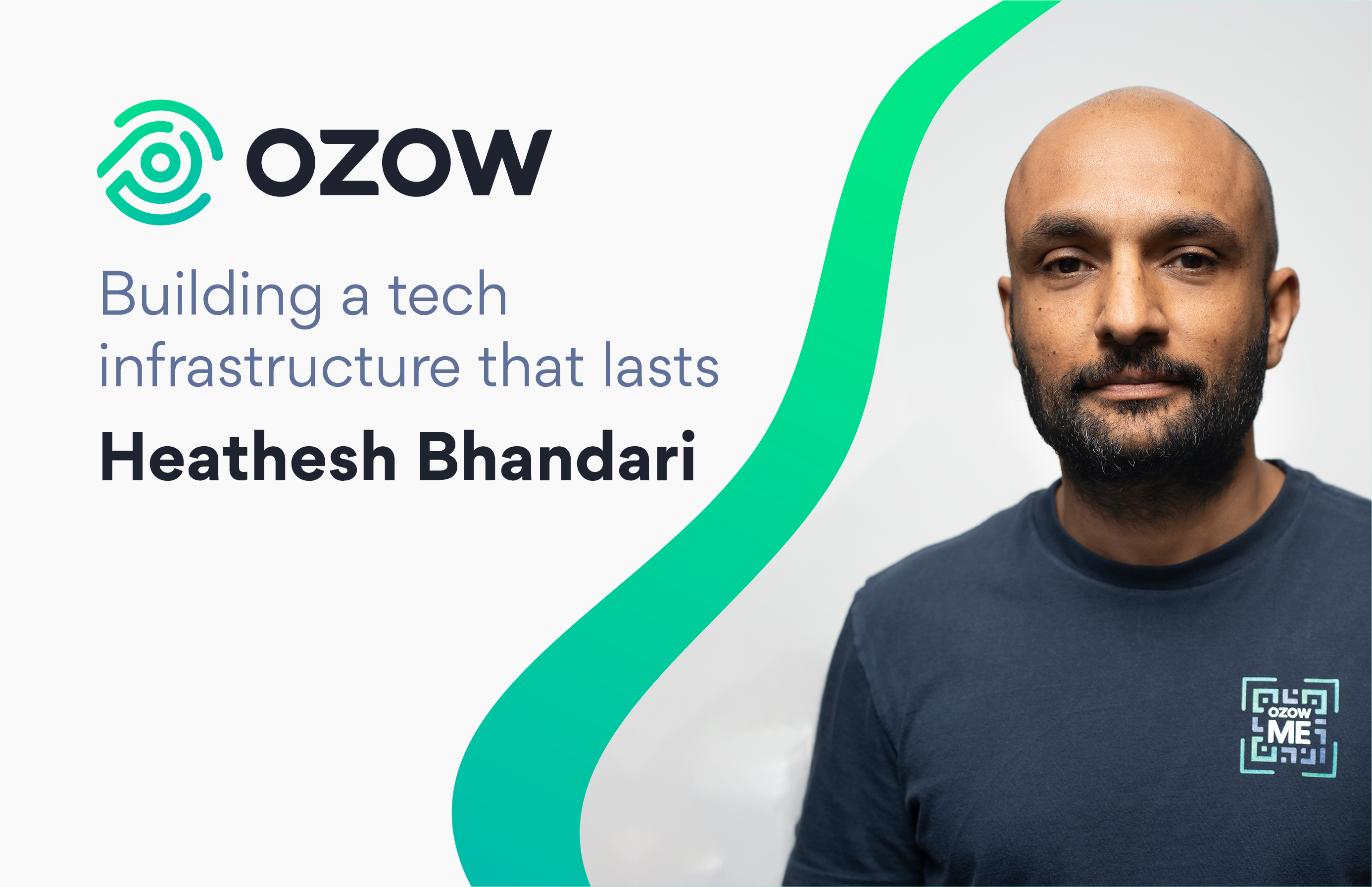 Building a strong IT infrastructure is a lot like building a house. You can build the largest, most expensive home worth millions, but it means nothing if its foundation is weak. The same goes for the ever-evolving digital space we find ourselves in. Without a strong foundation, you’ll find your system structures collapsing at the first sign of adversity.

That’s why it’s important to treat your technology with the same mindset. By establishing a well-built systems structure, you ensure that your business not only survives, but takes full advantage of the power of digital.

Simply put, IT systems infrastructure rests on various components that can handle responsive change, which in turn leads to a company’s ability to be digitally agile. Whether it be responsive to cyber threats, user loads or other aspects.

When I talk about IT infrastructure I mean hardware such as data centers, personal computers, and more. But it also includes software like web servers and content management and operating systems to name but a few. And then there are the networking aspects of infrastructure which include internet, firewalls, and security as well as routers, switches, cables and so on.

These days these systems are a necessity for a well-functioning enterprise, but it wasn’t always this way. In the early 1950s when IBM launched their first fully electronic data processing system, the IBM 701, systems infrastructure wasn’t a thing as computing power and data processes were prehistoric in a sense that they were clunky, slow and had little processing power.

Today, however, things are vastly different with the adoption of cloud computing which allows for remote servers to host, manage and process data as opposed to it being done on a local server or PC.

An unprotected system is like a door without a lock

One thing you can be sure of though is that no matter where or how data is processed, vulnerabilities exist. And if your systems are vulnerable, your business can become compromised. In other words, an unprotected system is like having a door with no lock.

So let’s talk vulnerabilities. The three biggest threats to systems are social engineering, network segmentation and malware attacks. While the last two can be devastating when successful, the first threat I mentioned is considered to be the most common and often successful exploit.

One famous example of social engineering took place in the UK. A group of cybercriminals targeted the CEO of an energy company, utilizing AI technology to impersonate the CEO’s boss by cloning his tone of voice. They then persuaded him to fraudulently transfer $243 000 to a fake account that belonged to the attackers.

While cyber-attacks might be a prominent way to break a system’s infrastructure there is another aspect to consider – that of system load.

With Black Friday fast approaching you’ll find many enterprises bolstering their system infrastructure. Doing so doesn’t just safeguard them from threats during the crazy shopping period, it also helps them uphold system integrity and functionality despite processing substantial amounts of transactions.

We’ve all experienced sites crashing or payment portals freezing at the most inconvenient of times during Black Friday and Cyber Monday. It makes sense though because eCommerce stores and payment platforms are transacting with thousands of customers every second on those big retail days. To give you some idea of numbers, when starting out Ozow ran roughly 50 transactions on average per day. Today however, we’ve stress tested our systems to run over 4000 every 15 seconds.

At Ozow we’ve found a way to mitigate this. Our systems have been designed so that there are no single points of failure and we spread our usage across multiple data centers. We do this not only because of the load our systems experience on Black Friday, but also because it's more secure. By segmenting our usage if one system goes down, we ensure run time by leaning on the other systems that are still operating. We’ve also made our systems agile so they’re able to scale as traffic increases. This is not only ideal for merchants and customers on Black Friday when traffic is unusually high, it’s also best practice for everyday use cases.

Ensuring the security of our systems

System breach attempts happen to every enterprise, large and small. If there’s an exploit, someone will find it. Since no infrastructure is 100% unbreakable the only way to find those limits is to test them.

By utilsing methods such as internal and external audits we ensure that we remain compliant, including being PCI and POPIA compliant, despite not handling credit card information. To take it a step further we also utilise a bounty system whereby we put out a bounty for white hat hackers to try and find exploits into our system. If they do, and depending on the severity of the exploit, we reward them.

Our data is also double encrypted, ensuring that no matter where it’s saved or being transported, it retains incredibly high encryption standards.

Another thing we do is hire external security companies to try and do the same thing as the white hats. Lastly, we ensure our infrastructure’s stability by stress-testing the system. We look at data from previous years and analyse the maximum capacity our system can take. Then we crank that maximum beyond its limit to find solutions to accommodate that limit. This ensures that our merchants and customers aren’t affected by downtime on the busiest shopping day of the year.

At Ozow we pride ourselves on ensuring our merchants and customers are protected and safe when transacting. We’ve tailored our data collection and security capabilities specifically to merchants and to customers. By segmenting our offering, we ensure that both get the full benefit of our products.

For customers we’ve enabled a Secure Sockets Layer (SSL) on all of our front-end sites. By doing so we ensure that all communication between their browser or devices is encrypted. We also don’t save any data that we don’t need, which helps us in that we don’t have any personal information that can be compromised or stolen.

With merchants we’ve tweaked our system because we are integrating with them and their systems, and we make sure that there’s adequate security at every touchpoint of the integration process. We have implemented backend security as well so that those without access cannot view what is happening in the backend while still being able to see what's happening in the front-end of the platform.

The cloud as a solution

Taking scope and size into consideration, it's imperative that you make use of an adequate hosting solution. For us, cloud hosting was the way to go. Not only does it make applying software patches easier, it also provides an arsenal of protective tools to combat potential hacks. We’ve found a way to utilise the cloud system in such a way that you can use it and when you’re done with it, remove it completely from the system. No one can attack it if it doesn’t exist.

By only using what we need, we ensure that everything is patched and up to date with the latest security protocols. This also forms part of our PCI compliance as we look at every single tool we've installed on every single server, making sure they are up to date.

Another aspect of our compliance also relates to our developers and their code. Not only are they regularly trained on the latest security threats, we also constantly scan the code they push to different repositories. And we’ve automated scanning on every level.

While no system is perfect, we take every measure to ensure our system security and capabilities not only live up to industry standards, but often surpass them.

For more information on how you can keep yourself and your customers safe, click here. If you'd like to find out more about our products, features and security don't hesitate to contact our sales team at sales@ozow.com