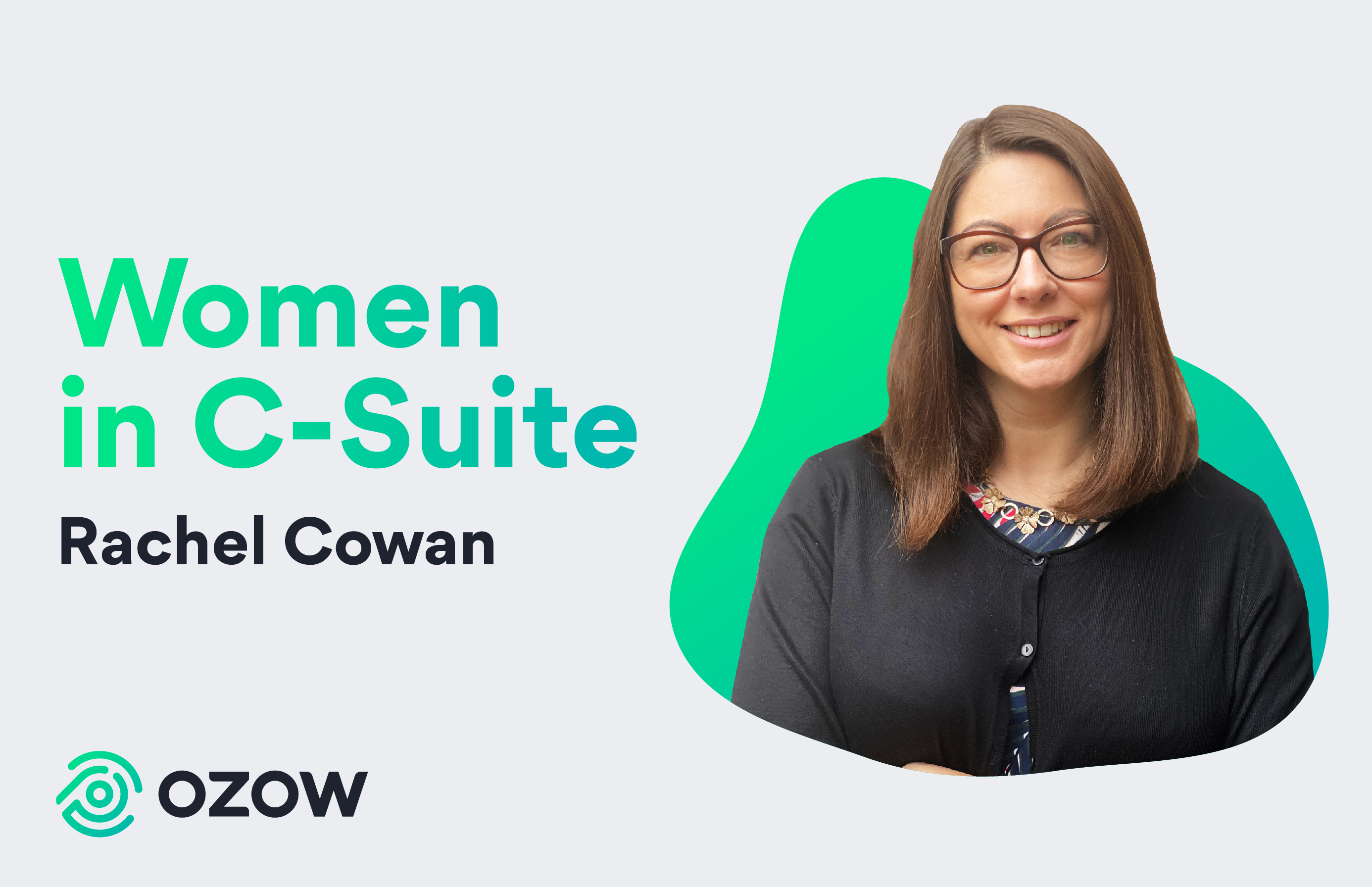 After filling the position of Head of Operations, Rachel has recently made the move into the C-Suite, showcasing the incredible professional growth that is afforded to Ozow team members.

We recently sat down with Rachel to find out about her career, her rise to the top, and what she has in store for Ozow as the new COO.

Please sum up your career journey so far?

I have moved from being a trainee accountant in practice in the UK in my early 20s, through to moving to South Africa when I was 30, where I gained a job as a Financial Manager in one of Cape Town’s largest digital agencies. From then on, I moved into the Financial Director position and then to CFO, and stayed there until the business was sold. I then moved into a CFO role within the EdTech industry and from there took a position as COO at one of South Africa’s most well-known tertiary academic institutions. This was my first step out of pure finance and into a broader business role, which had become increasingly important to me at that stage of my career. Whilst I had spent many years working in finance, I had realised that I am most fulfilled and impactful when I am working within a broader business remit and set out from then on to work in an operations role.

I was lucky enough to join Ozow as Head of Operations in 2021 – many might see this as a “step down” from a title perspective, but I was eager to join the payments/fintech space and work my way up both from a knowledge and career growth perspective.

My Ozow journey has been tough but rewarding.

Learning a new industry from the ground up was challenging – when I joined, Ozow was in the middle of its Series B raise, and the speed at which we move, coupled with the fundraise, meant I didn't take much of a breath!

Overall though, I wouldn’t change anything. The breadth of what we are doing, the scale at which we are growing and the talent I work with keep me motivated and energised.

In what ways has Ozow allowed you to grow in your career?

Ozow has given me access to an incredible industry. Financial services/payments and fintech are interlinked and offer so much opportunity. Some of the greatest minds in South Africa (and internationally) work in this space and it is a real privilege to be able to surround yourself with such people.

Ozow believed in me (often when I doubted myself) and gave me the opportunity to do what I'm good at. It's taken me out of my comfort zone many times, and thankfully I have grown from it.

What kind of leader do you aspire to be?

I take great pride in leading with empathy and kindness. I want to be a leader that people aspire to work for, and a leader that can get the best out of people. I balance the empathy and kindness with an expectation of high performance and outputs, but believe that the best way to lead is to be truly authentic, human-centric and instill a level of pride and accountability in performance.

I have two children and it is important to me that I lead people the way in which I would like my children to be led when they enter the working world. There’s a saying that you should “be the leader you needed when you were younger”. This resonates with me as I balance both being a mother and a leader, and making the workplace a safe and inspiring place for the future.

What plans do you have for the future of Ozow in your new role?

My role is to ensure Ozow executes on its strategic goals. I plan on ensuring that we do this effectively and that Ozow continues to grow from strength to strength in the global payments space. I want to ensure that we grow our footprint locally and internationally, and are known as not only the most recognised and most loved brand for merchants and users, but a brand that people want to come and work for because of the culture, opportunities and leadership team.

What’s one piece of advice you’d like to give people who want to follow a similar career path as you, and make it to C-Suite level?

There's no substitute for hard work, positivity and authenticity. Just be yourself, push through when things seem tough and ensure you have fun as you go.

If you would like to work with Rachel, and the rest of the Ozow team, check out our careers page here to see if there’s a position with your name on it.