The Women Making Waves In The FinTech Industry 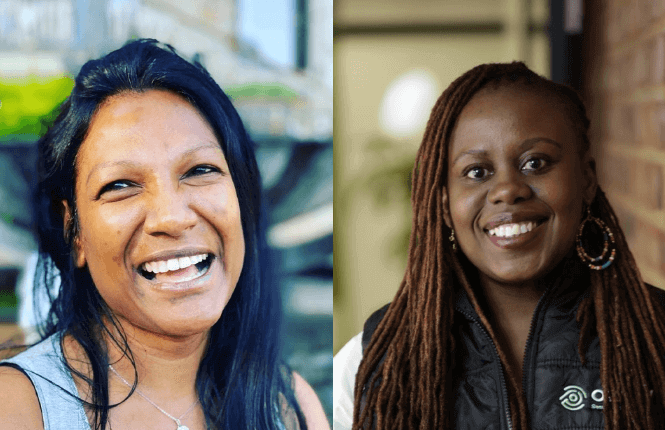 Women have always played a crucial role in the financial services sector and in tech. In fact, Ada Lovelace was the first person to publish an algorithm for the modern computer. However, men have historically enjoyed greater credit and acclaim. Still, the technical and strategic contribution of women, over the course of the last few decades, has built the foundations for modern FinTech as we know it, and paved the way for new opportunities.

To celebrate Women’s Day, Ozow wants to pay tribute to the women who are helping shape the technology that affects our lives every day. In our own business, women like Oriel Pays and Rutendo Hlatshwayo play a vital role in building a FinTech that works for everyone. In fact, nearly 50% of our workforce are women – and we’re all the better for it.

Ms Hlatshwayo, the Chief Legal Officer at Ozow, has long been a passionate trailblazer for equality and change. She grew up in an all-female household, and at UCT, served as the vice president of the Black Law Students’ Forum, which campaigns vigorously for transformation. She also worked on a subcommittee that began a tutoring program for at-risk youth.

One of the reasons she joined Ozow was its clear commitment to upskill individuals from previously disadvantaged backgrounds, and provide equal growth opportunities across the business.

“Right now, the broader FinTech industry has some way to go on its diversity journey. We’re starting to see greater awareness, and some moves to balance race and gender numbers, but it’s still a bit of an ‘old boys’ club in places. Part of what makes Ozow special is its drive to make an impact, including driving diversity at every level of the business,” she says. “I am humbled by, and continue to learn from, the amazing women employed by Ozow who are strong forces of excellence in their day to day functions. And I am more than thankful to work at a business that celebrates the powerful impact of women in tech”.

Oriel Pays, the chief people officer at Ozow, says the beauty of the FinTech space is that it’s able to go beyond simply making payments to giving people opportunities, and driving a broader financial inclusion agenda that pulls people into the mainstream economy.

“I’ve never felt restricted or been prevented from going beyond existing limits. The freedom I possess has allowed me to be the best version of myself, and given me the opportunity to empower and inspire women around me,” she says.

We are all responsible for promoting change, diversity, and a better balance in our workplace and the broader fintech industry. Together, we can help create a gender equal world, where hard work and talent is recognised and respected – regardless of gender. Happy Women’s Day to our Ozow amazing women!