The story of Ozow’s founders 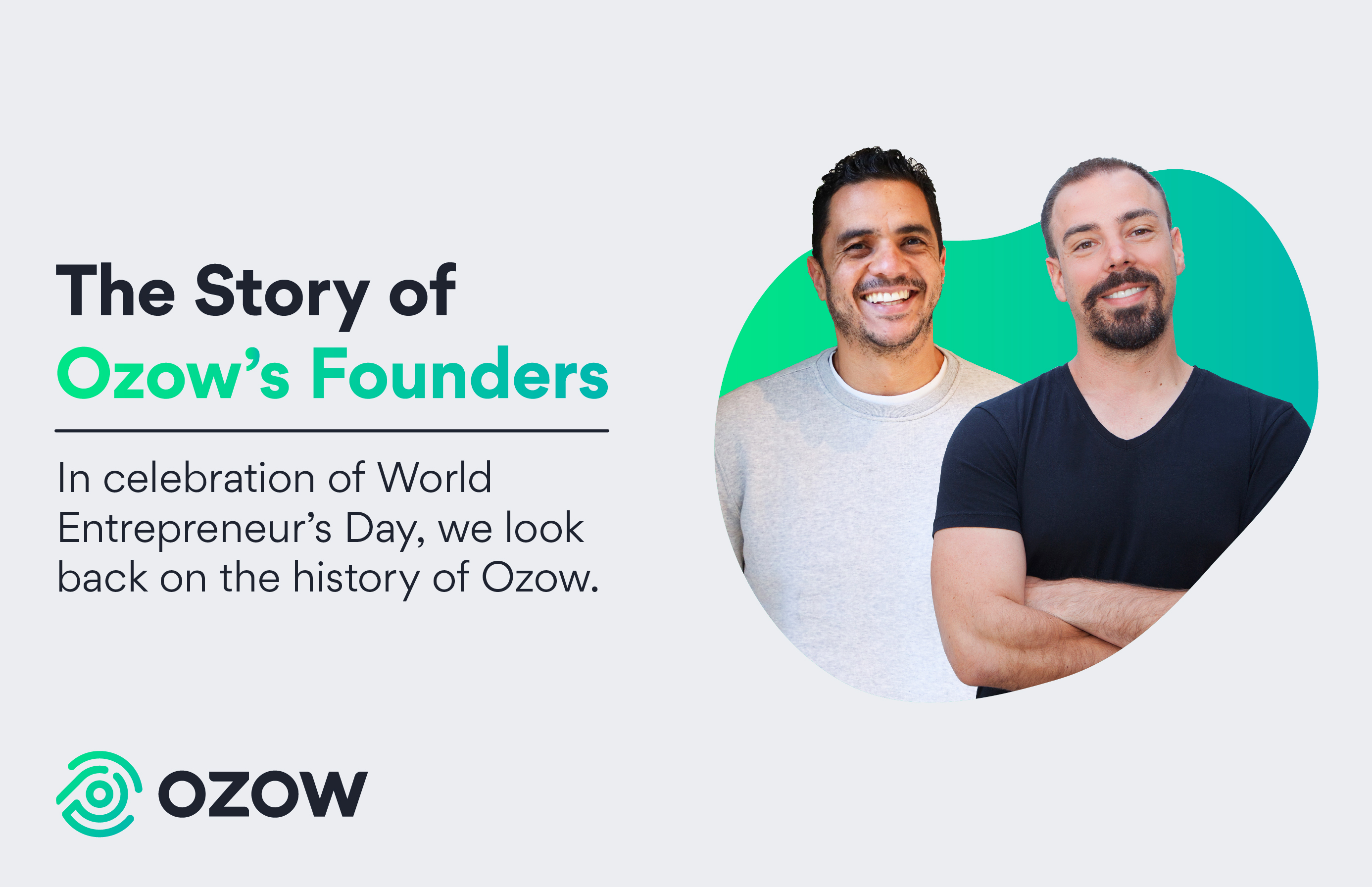 The story of our founders is one of humble beginnings. And just like any story, it starts with a hero, or in this case, heroes: Thomas Pays, Lyle Eckstein and Mitchan Adams.

Together they formed a partnership that laid the foundation of a market-leading company driven by purpose. However, in order to tell the story of this company, we first need to tell the stories of the men who founded it.

From a young age, Lyle had a keen interest in problem solving, which developed even further when he discovered software development while in high school. This led to him attending the University of Johannesburg where he graduated in 2005 with a BSc IT degree. He may not have known it at the time, but Lyle had just taken the first step on his journey towards building a unicorn.

After graduation Lyle worked for several organisations within the tech sphere, with the experience he gained working at these companies playing a vital role in the eventual creation of Ozow.

Having refined his development skills during the early stages of his career, Lyle and childhood friend Mitchan Adams joined forces to work on a company developing custom payment and ecommerce solutions for small businesses. By working closely with these businesses Lyle identified the need for an agile, secure, and simple payments solution for merchants.

Meanwhile, in another part of the country, a French-born entrepreneur came to the same realisation – that Africa needed a simple, fast and secure payment method geared towards merchants and consumers.

That entrepreneur was Thomas Pays. Thomas’ story is a little different to that of Lyle’s. His career began as a Ferrari salesman in the North of France, and it was during this phase of his life that he met his future wife, Oriel. Three years after they met, Oriel, a proudly South African woman, convinced Thomas that her home country would be the perfect place for them to start a family.

So, in 2005 they made the move to South Africa, but what seemed like a promising chance to make a new start, soon proved to be a challenge. Thomas struggled to find work opportunities, so instead he decided to create his own, and it was then that his entrepreneurial endeavors began.

In 2007 he started his first company, GA, with minimal funds. However, because of Thomas’s natural business acumen the company went on to be the third largest specialised advertising agency in the world, leading to its eventual acquisition.

Following this success, in 2010 Thomas founded another company, Smokoo. With an initial marketing budget of just $1,000, Smokoo went on to become the fastest growing African website with revenues exceeding $500,000 per month.

After Smokoo’s successful acquisition by industry leader Bidfair, in 2013 Thomas decided to start another company based off of his previous experiences with GA and Smokoo.

That company was Just Perfect, a full-service digital marketing agency that grew to deliver eight figure revenue numbers in as little as three years. While running Just Perfect Thomas experienced problems with payments and thought that there had to be a better way.

Thomas had an idea on how to improve the payments landscape of South Africa, but while he understood the theory of what he wanted to do, he needed someone with the technical know-how to help him make it real. During his time at Just Perfect he’d worked with two developers whose skills and drive had left a lasting impression on him. Enter Lyle Eckstein and Mitchan Adams.

Thomas, Lyle and Mitchan founded i-Pay in 2014. Their goal was to meet the needs of the fast-paced digital economy and create greater financial inclusion in South Africa. However, the first few years weren’t easy with our founders facing many challenges. They decided that to keep the business afloat they wouldn’t take salaries and Thomas even had to bootstrap the business, selling personal assets just to keep the dream alive. Lyle Eckstein remembers this.

Lyle: I got to the point personally where I had my back against the wall. I had these debts that were piling up and I was going to the supermarket and having to run to the ATM to try and draw cash from multiple accounts to pay for groceries.

Thomas gave us some insight into what kept them going through these tough times.

Thomas: There were many failures along the way, but we constantly reminded ourselves that every time we didn’t give up, someone else did and that took us one step closer towards becoming the market leader.

It was their drive to never give up, never stop and never settle that has made Ozow what it is today. Our founders have led our business through multiple funding rounds including a $48m Series B round led by Tencent. With Mitch being part of the success, but growing his own profile as a start-up accelerator to the point where he was ready to spread his wings and venture out into the world to grow other businesses.

Thanks to him, Thomas and Lyle, Ozow services thousands of merchants and facilitates payments to these merchants from South Africa’s 47 million bank account holders. And we are showing no signs of slowing down. Having our sights firmly set on expansion into Africa, we are chasing the dream of achieving series C and coveted unicorn status.