The rise of African fintech 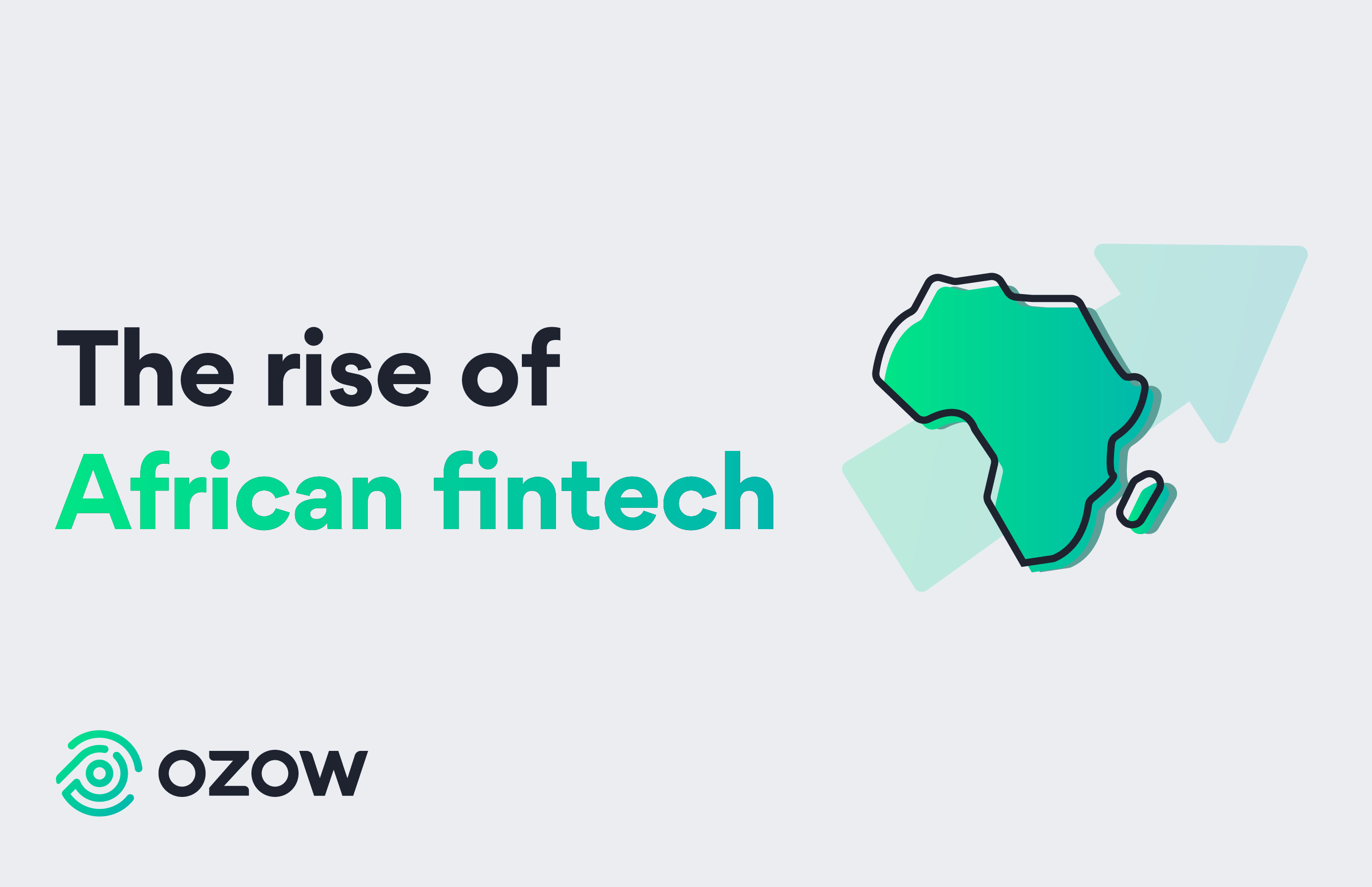 Emerging markets offer a plethora of opportunities for companies who can spot those opportunities early and position themselves to create growth and inclusion in their space. This is especially true for African fintechs who have been gaining traction in the underbanked market by serving those who are unable to access traditional banking methods.

It’s a smart move, and one that has led to some incredible results.

In 2021 Africa saw the closure of some of its biggest deals with over $5 billion being raised across the continent. That figure is double the previous year's invested amount, and nine times the amount Africa saw five years ago. (Tech Crunch)

But why is Africa such an attractive investment opportunity for fintech start-ups?

Studies have found that the investment boom in this emerging market is largely due to the increase in smart phone penetration across the continent and the number of people who have bank accounts. Coupled with this are technological advancements such as mobile payments and greater data coverage, meaning people who were previously unable to use financial services now can.

According to Business Insider, from 2011 to 2021 there has been an increase of 30% of bank account holders, with around 85% of the population now having bank accounts. These increases coincide with the rate of fintech growth. As more people become financially active, they look to fintech companies to answer their financial needs – needs that traditional banks are unable to meet.

M-Pesa was one of the services that led the charge in Africa, offering consumers a branchless, mobile-based banking service. While Flutterwave also took advantage of this gap in the market by serving 900 000 businesses in 20 African countries and offering them 150 different currencies with which to transact. These are just two examples of fintechs who are helping to accelerate financial inclusion in the continent.

How Ozow is positioned to serve the underbanked

Ozow, one of South Africa’s leading third-party payment providers, offers frictionless payment solutions in the form of peer-to peer-payments, payouts, refunds, QR codes and payment request links that can be sent via SMS, email and social media messaging platforms. These solutions speed up the payment process, allowing consumers, and large and small businesses, to make and receive payments with ease. But our vision extends beyond the borders of South Africa. Our goal is to expand into Africa, allowing people across the continent to participate in the digital economy, while further closing the digital divide.

To find out more about Ozow and our payment solutions visit ozow.com