The opportunity for Digital Disruption and Innovation 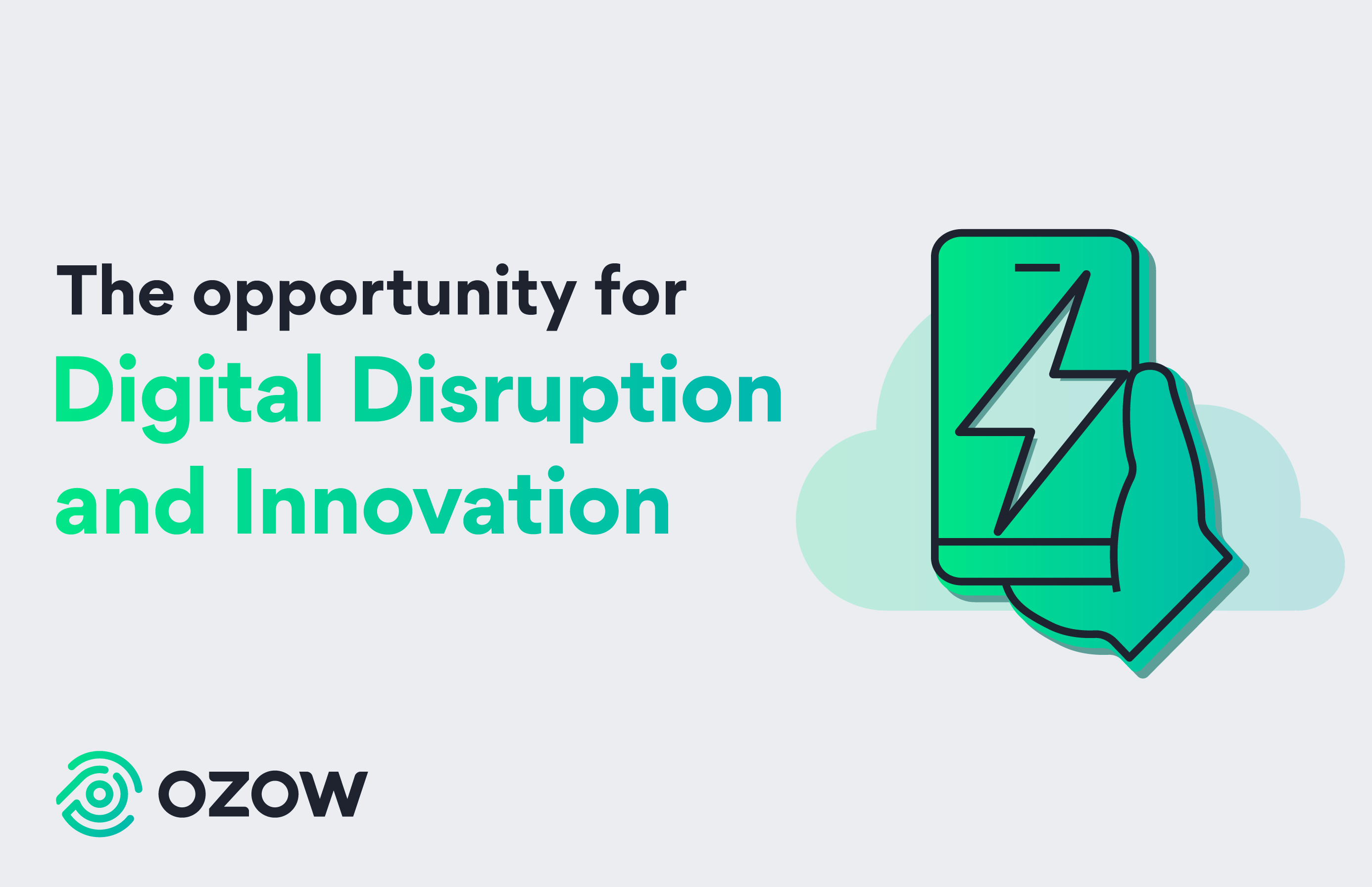 These days South Africans have it good when it comes to ordering products and services online. A decade ago, things were very different and not a lot of people remember what it was like to order from global sites, then place your trust (and the delivery of your package) in the hands of the South African Postal Service.

But then the economy experienced the boom of the late Kalahari.com, which formed part of the Naspers’ stable of innovative offerings. The eCommerce store was at one point the only local one-stop-shop for books, music and VHS tapes. Fast forward to 2005 and the ever popular site expanded its services to include even more products such as games, electronics, and flowers to name but a few. Then, after years of owning the limelight, the Kalahari offering folded into its younger sibling – Takealot.com. This bolstered the hold Naspers had on the eCommerce market, while also leading to the improved product we still enjoy to this day.

In 2014 Takealot received an incredible $100 million investment from the American-based investment firm, Tiger Global. From that point onward, Takealot capitalised on its momentum, acquiring the food delivery service Mr. Delivery. Aside from being able to offer food on demand, Takealot.com now had ownership over its own logistics network, which was the former Mr. D Courier.

In 2016, the food-on-demand service faced its first real challenge in the form of an already established eCommerce service, Uber - through their own offering of Uber Eats. The e-haling service realised that it too could take advantage of the delivery space by innovating on its core business. It would make sense that a company that was already moving people could integrate moving goods as well. Despite both competing for the biggest market share, South Africans were the real winners with both services vying to provide the more lucrative offering.

A few years later retail giant Checkers decided to disrupt the market with the introduction of Checkers Sixty60, an on-demand grocery delivery service that allows you to browse, buy and have items delivered to your home within 60-minutes of placing the order.

“The name Sixty60 captures the service’s main ambition: for customers to order groceries in sixty seconds and have them delivered in as little as sixty minutes,” mentions Neil Schreuder, Chief of Innovation and Strategy at Shoprite Checkers.

After Checkers innovated, other retailers realised that they needed to follow suit or risk getting left behind. So, Pick n Pay and Woolworths both created their own services to try and compete. These came in the form of Pick n Pay ASAP and Woolies Dash respectively.

With an ‘adapt first’ method Amazon first penetrated the South African market when it established a footprint in 2004. Launching with its powerful Amazon Web Services (AWS) offering, the company has since built its customer service branch in 2010. Recently, it began preparations for a move into the local market with its eCommerce offering, code-named Project Fela set to launch in 2023.

If we take its US market as an indicator, Amazon’s market disruption is expected to hit the South African market with a bang. The retail giant managed to sweep up over 80 million Amazon Prime members, equating to 64% of US households.

These five offerings go well and beyond a ‘pretty good online store’. Their innovation and support, coupled with customer experiences, provide an extremely holistic offering.

Amazon’s project Fela has rightfully disturbed the retail waters of the local economy. Giants such as Makro, Takealot, Uber, and others are gearing up for what’s to come.

“There is no question that Amazon is going to intensify competition in the market,” mentioned Slape in an interview with Mybroadband. He also went on to mention that the company has been working hard to build its eCommerce business with a further conviction to drive that development forward despite Amazon’s approach.

“It's a great compliment to Takealot and the people that have built this business to where it is today, and our customers in South Africa that have supported that growth... because it demonstrates that we have built something that has built an investment case good enough for global companies like Amazon to want to come here.”

She also goes on to mention that controlling shareholder Naspers is also in it for the long run. She stated that they have a long-term view of the investment and the size of the opportunity in facing a global retailer such as Amazon.

While Amazon might enjoy a large part of its US market, it will still take some time for the retailer to roll out its offering in South Africa.

“It would take a considerable period to build capacity and roll out and is still unlikely to dislodge the current leader. This is evident from many markets where Amazon was a relative newcomer unlike the US,” mentioned a report by the Competition Commission.

Leading e-hail service Uber is aware of this as well. With Amazon’s arrival looming, it planned an aggressive approach to evolving its own Uber Eats platform into a ‘virtual mall’.

Uber has begun to expand its offering by introducing apparel onto the service. The platform also intends to expand into books and stationary, as well as bolster their access to pharmacies. Last month alone it partnered with South African entertainer DJ Zinhle to introduce her jewellery line on the app.

"Our modus operandi this year is 'get anything that matters'," mentioned Cikida Gcali-Mabusela, new verticals head for Uber Sub-Saharan Africa in an interview with Business Insider.

The company has also found a way to leverage small businesses with a recent pilot of their warehouse model, stocking products from brands such as Masodi Organics and Love Kinks to name a few.

"Instead of thinking around driving more perfumes across the whole of South Africa, what we are thinking is tapping into the small business market, where people are already retailing perfumes, and then using them as a point of distribution for last-mile delivery," she said.

And Uber isn’t taking its foot off the gas. By the end of the first quarter in 2023, the company aims to have 37 distribution sites across all major parts of the nation.

How Ozow opens the gateway to even more customers

Currently South Africa’s population stands at around 60.6 million people. Yet it’s estimated that only 6.9 million of those people have a credit card, while a whopping 47 million have bank accounts. That’s where Ozow comes in.

By negating the need for cards our products open these platforms up to even more users, especially those who were previously excluded from the digital economy. Which in turn means more sales for retailers. Take one of South Africa’s largest online retailers for example.

Over the course of a six-year partnership with us they have seen their processing value grow 930% on our platform. While their transaction count has increased 735% over the same period.

But our goal is not only to facilitate payments into the platforms. We also cater for payments out of them in the form of Payouts and Refunds, so merchants can keep customers happy and get them transacting again as quickly as possible. So, if you’re a large retailer (or even a small business) and you’d like to hear more about the ways Ozow is innovating along with South Africa’s blue-chip retail platforms, contact us at sales@ozow.com