Moms Are Changing The Workplace For The Better 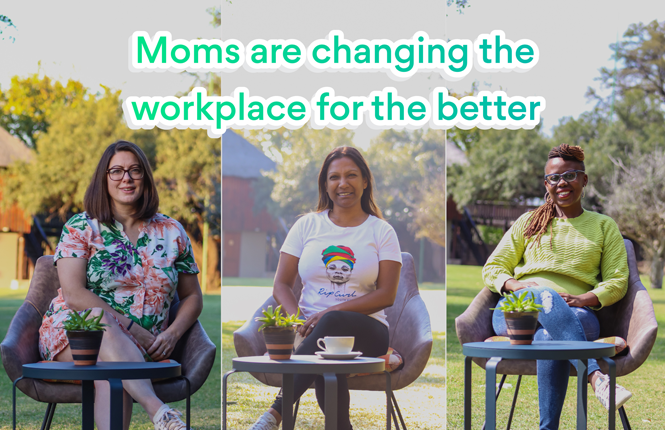 Mothers are powerhouses. They are hard workers, incredibly patient, can multitask and are able to remain calm under fire. Their value extends far beyond the home. For companies, moms have shown to add a tremendous amount of value to the workplace – bringing a unique set of skills that others often don’t.

We are pretty sure that every mom would agree with this, and the research backs it up. According to a study conducted by Microsoft, it found that mothers are actually better at their jobs than the rest of their colleagues. It also showed that their teamwork, flexibility and multitasking skills increased their productivity and overall performance.

At Ozow, we know that this is true. The experience that our moms have gives them so many valuable life skills that they use to support and empower the teams that they work with.

As a mom of three kids and Ozow’s Chief People Officer, Oriel Pays says that one of the biggest roles that she plays at home and at the office is to be the support system.

Similar to being a parent, as a leader, it is important for me to be a support to the team. Cultivating the right culture and environment is pivotal to ensuring that people are excited about coming to work every day.

Another defining aspect of being a mom is knowing that it isn’t just about you anymore. This is something that Ozow’s Chief Legal Officer Tendi Hlatshwayo has learnt. Having become a mom to two beautiful children in a blended family, she realised that she is no longer operating in terms of what she needs – instead, she has to now think about the needs of those that look up to her.

“It is thinking through all of your actions and the impact that they have on others. Personally, it is about being able to be an example of a strong, successful and confident professional in the workplace. For my daughter, I am also able to show what corporate success looks like from a female perspective,” she explains.

Parenthood in itself is a constant juggling act, and moms have become quite proficient in getting several things done at once. With time being so precious, mothers also place a laser focus and commitment to output rather than hours when multitasking.

“As a mom, I have had to learn to be incredibly organized. I often say that my hidden superpower is being able to stay two weeks ahead of everything – which has only been possible because of motherhood,” adds Rachel Cowan, Head of Operations at Ozow.

Whether it is their patience, loyalty, dedication and overall commitment to empower those around them, we celebrate everything that mothers do and bring to the office.

2 minutes, 15 seconds
Meeting the market where they are
Read more