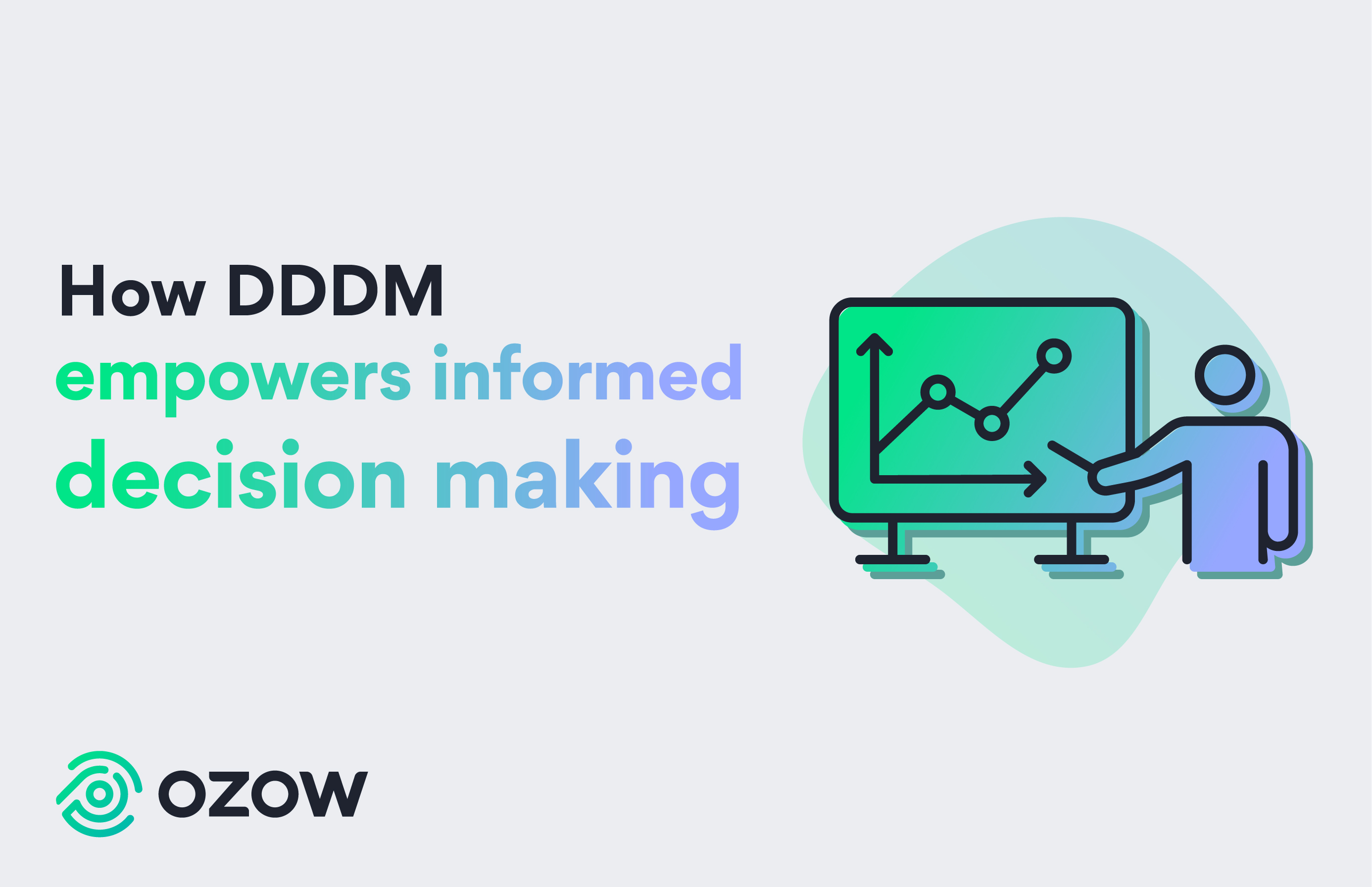 Data, much like energy, is a raw resource in its most basic form. Big data, simply put, is much the same, just...bigger. It consists of large, complex data sets that make up a well of information. Its base form can be broken down into what's known as the three V's: variety (types of data), volume (the amount of data that matters) and velocity (the rate data is received).

Whether consciously or subconsciously, we all make decisions based on the data gathered from these three V's. However, the trick isn't just to record that data, the most successful companies in the world know exactly how to read that recorded data and then act on it.

The collection and utilisation of Big Data has turned into a business in and of itself with IBM, Microsoft and Google being some of the largest companies to utilise data to substantiate their future endeavours. That's where Data-Driven Decision Making (DDDM) comes into play.

DDDM is the practice of collecting necessary data in order to make an informed decision. Whether you’re in sales, marketing, HR, operations, or any other department, making an informed decision is a powerful action in and of itself as it gives you a competitive advantage in whatever market you decide to implement it in.

To effectively implement DDDM you need to first set out a goal i.e., what is it that you want to accomplish. Once you’ve set your goal you need to identify the data points you require. If, for example your goal is to boost sales of a particular product, you need to do a thorough market analysis that will provide you with actionable data to better that product and the marketing that goes along with it.

After you've established actionable goals and data points you then need to understand the best way to collect the data you require. It could either be survey-based, or derived from data collection agencies, but it could also be simple interactions with your consumers through polls or general Q and A's.

Once the data has been collected, you need to begin to sort and organize the noise from the actionable data. You can do this by aligning the points of data that are in line with your goal.  Once you've scrubbed through and organised your data you can analyse what you've found. The next step then would be to draw conclusions and actionable plans.

Over the years, data tracking has evolved alongside the technology that accompanies it. Data hubs, pixel tracking software and digital cookies that help track user behaviour will help you better understand your customer.

Major companies that have implemented DDDM alongside a combination of data gathering techniques include Tesla, Google, Lufthansa and Netflix to name but a few. These companies continually pull data that includes consumer habits and patterns. In the case of Google and Netflix it would be data around what you search for or what you view, to try and tailor a personal digital experience based on those habits and patterns.

"We run the company by questions, not by answers. So in the strategy process we’ve so far formulated 30 questions that we have to answer," mentioned Eric Schmidt, ex CEO of Google in an interview with Time magazine.

DDDM is a powerful tool that helps you base your decisions on purely analytical findings. It helps remove the human error factor that many face when making an incredibly important decision. Depending on the impact the decision has it could cost you a large sum. For example, video rental store Blockbuster could have bought Netflix, but they ignored the data in front of them and declined them multiple times. Today Netflix's estimated net worth is around $102 billion. And Blockbuster? Well, they went bust.

To this point, DDDM is devoid of the emotion, guesswork, and human instinct that can sometimes sway you from making the right choice. That's not to say that instinct and intuition have become irrelevant, these instincts are now better utilised in deciding how to use the data presented.

Think of DDDM as the raw ingredients you need to make something delicious, while experience and instinct are how you know how to use those ingredients.

Some of the benefits of DDDM include:

When making a decision, you're faced with three possibilities. You either make the right one, the wrong one, or you do nothing. And sometimes, in rare cases, it’s possible to do all three. Take Kodak for example.

In 1975, Steve Sasson, a Kodak engineer, invented the very first digital camera, an invention that threatened the company's core business. He mentioned in an interview with the New York Times that, "management’s reaction was, ‘that’s cute—but don’t tell anyone about it.” There was no way management would allow a digital product to exist as it would destroy their biggest earner – film photography.

As time progressed and digital became more prevalent, Kodak conducted an in-depth market analysis of this trend. The study found that digital would overtake film photography, but not for many years. This meant that Kodak at least had some time to prepare for the looming disruption.

Despite having almost a decade to prepare, Kodak did little to face the wave that would be digital photography.

In this instance, Kodak not only developed disruptive technology, they also chose to ignore it in favour of what was profitable at the time. Even after conducting market research that showed that digital would overtake film, they didn't act swiftly enough and, in the end, the digital revolution swept them by.

Much like anything in life DDDM isn't foolproof. While it can be incredibly beneficial, the way you collect and display your data is also important. You can't risk making a confident decision based on corrupted data, or data that was collected using incorrect methods or techniques. Likewise, you also need to be able to understand the data in front of you.

Dashboards have now become more important than ever because they allow for real-time decision making, and also because of this drive toward a culture of DDDM. The human brain finds it difficult to consume raw data which is why visually representing it in the form of graphs and images helps to tell a story, making it easier for you to comprehend what's being presented. By visually representing data you're able to spot trends easier and understand relationships between varying data points.

Whether you're a large global merchant or a local trader, DDDM can positively impact your business overall, especially when you know how to use it. At Ozow, we use DDDM to help our merchants better utilise our services through site audits and payment insights, which in turn improves their customer's experience. We also monitor completion rates per bank and test that data against other merchants within the same industry to identify key areas that could be addressed.

DDDM, if utilised correctly, will not only help you identify areas of improvement, it'll also assist you in making the best decision possible. If you'd like to improve your business with data-driven insights and products click here. Alternatively, you can contact us at sales@ozow.com

2 minutes, 20 seconds
Moms Are Changing The Workplace For The Better
Read more

2 minutes, 15 seconds
Meeting the market where they are
Read more