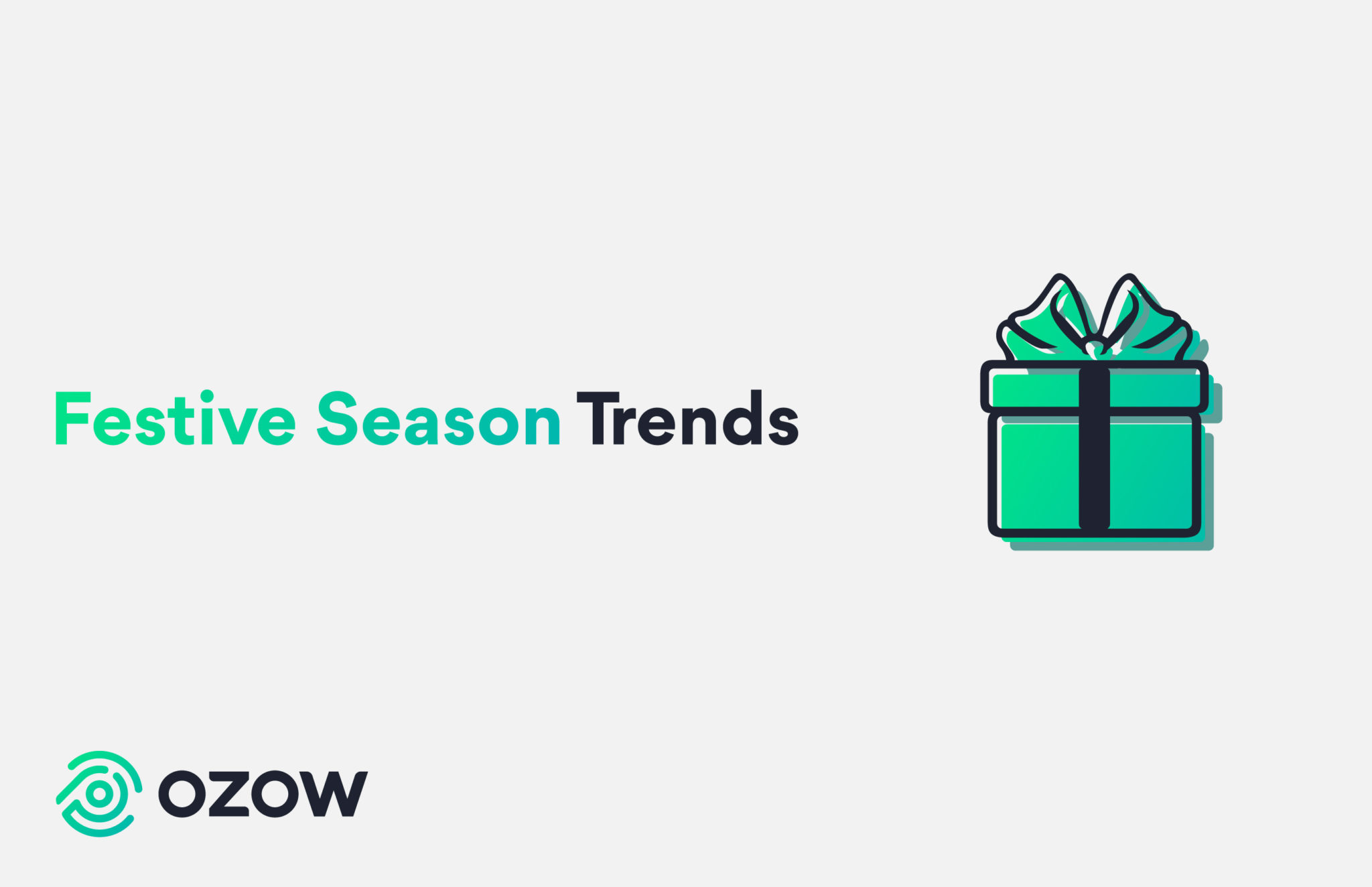 Another year spent navigating the maze the pandemic has dropped us in.

Part of this is figuring out exactly how to spend money, while not spending too much of it because the future is so uncertain, and we’re not sure how much money we’re going to need or even have in a few months from now. It’s quite tricky.

It shows in the way that people are spending money this festive season. This is what Thomas Pays, our CEO and co-founder at Ozow, has to say about it… “With the volatility experienced over the last year, consumers are being extra cautious not to splurge as much on bigger ticket items. Instead, we’re seeing a continued shift in people buying lower-value items.”

So, yes, people are buying this festive season. But not the same as they used to. Gone are the days of extravagant carts. Make way for more frugal spending.

It’s not necessarily just during the festive season that this dip in spending has occurred. Pays says that this is something that many South African retailers have seen as a downward trend over the last couple of months in particular.

In fact, if you compare the spending trends in December 2020 with December 2021, the average transaction value is significantly lower.

So, spending habits have changed. But so have shopping behaviours – especially regarding where people are doing their shopping.

Ozow’s data has found that there is a massive amount of online shopping being done on mobile devices this festive season. A whopping 95% of all transactions between October and December 2021 have been made on a mobile device. Retailers seem to have realised this and have pivoted their promotions to target online and mobile shoppers.

But that’s not all retailers need to consider going into this period.

Anyone who has ever received a less-than-desirable gift over the festive season knows that refunds are as big a tradition as shopping is over the holiday season.

According to Shopify, their merchants issue 80% of their annual returns and refunds in January alone. In fact, this trend is so prevalent in online shopping that up to 30% of all goods bought online are returned. This figure sits at around 9% for brick-and-mortar stores.

But what’s interesting about this is more than the amount of returns that are made, but the mindset that shoppers have when asking for refunds. They want, and expect, their refunds to be issued quickly. It has become a prudent factor in brand loyalty for customers.

“When online shoppers make a return, they want their money refunded as quickly as possible. How this is done influences the way shoppers feel about a brand,” says Pays.

“Retailers are now starting to adopt automated returns and refunds systems to ensure that this is equally a positive experience for shoppers.”

It’s been another year of adaptation for retailers and shoppers alike, and that can be summed up quite accurately by the shopping trends and behaviours we’re seeing over this festive period.

What should be taken from this season and the year in general is that change is inevitable (even when not forced upon us by, say, a global pandemic), and that retailers and shoppers need to be open to change.