Brands moving to the in-house marketing model, fad or the future? 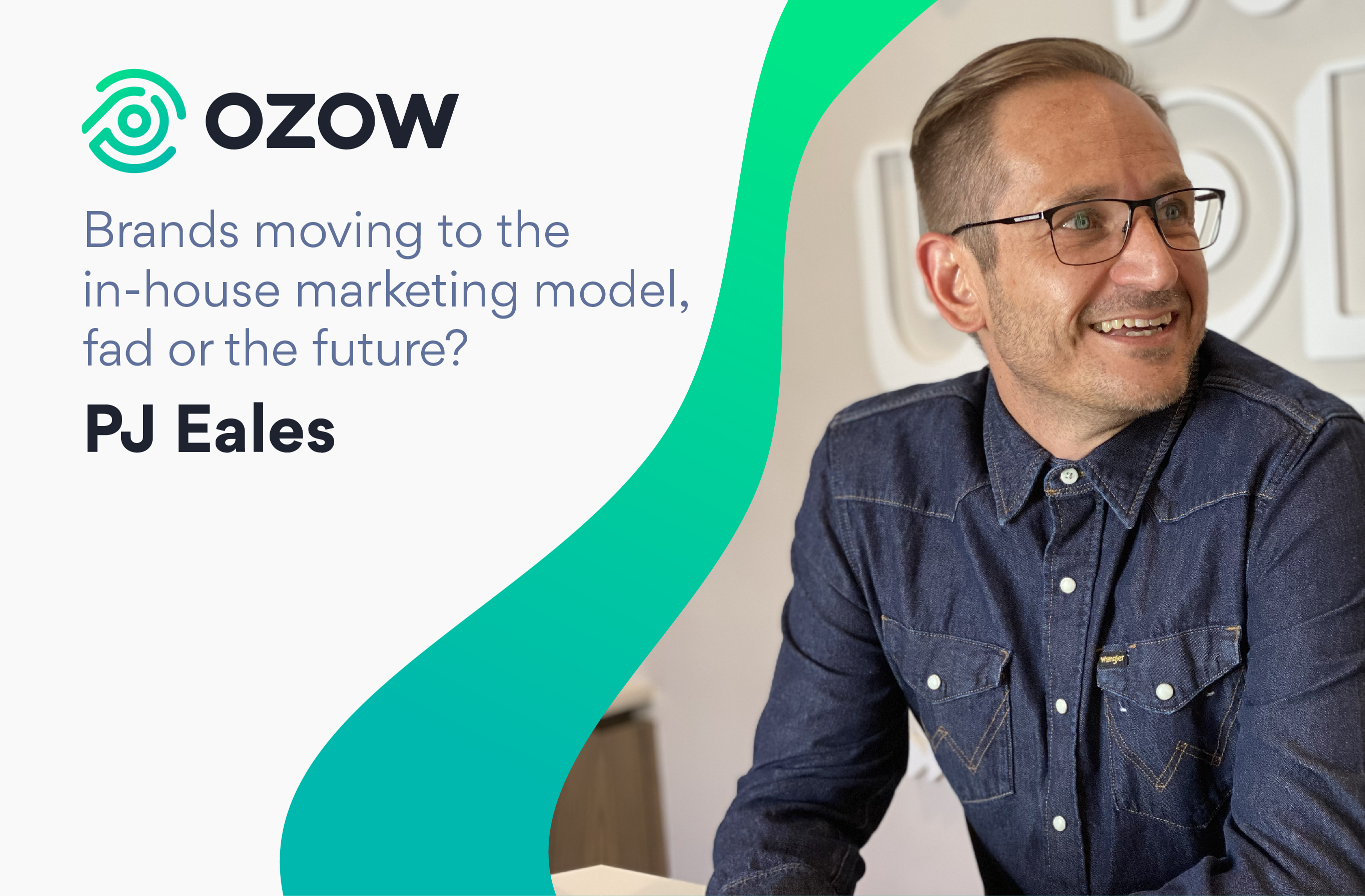 The move to the in-house model

Over the last several years there has been a growing trend of brands moving their marketing functions out of traditional advertising agencies and into in-house marketing departments.

When the trend began many agencies and specifically agency creatives, myself included, scoffed at the idea. We didn’t believe that traditional advertising talent would want to work directly for client. We believed that top talent is attracted to ad agencies based on their well-established reputations and the work they produce on behalf of their clients. We also looked at the quality of work coming out of some of these in-house studios and labelled it “client-work”, meaning it wasn’t, and in our opinion never would be, very creative.

Nine months ago I made the move out of agency and into Ozow’s in-house marketing department, and in that time I’ve realised how wrong that opinion was.

Brands that pioneered the shift

Global brands were at the forefront of the shift to the in-house marketing model. As early as 2018 Coca-Cola launched Content Factory, an in-house team that produces everything from digital and social campaigns to interactive games. Since then, Disney has launched Yellow Shoes, an in-house agency that produces content on behalf of Disney’s Parks, Experiences and Products. And remember the belief that top talent wouldn’t want to work directly for client? In 2019, Apple lured Nick Law, one of the world’s most awarded creative minds, away from his role as Publicis Groupe’s Chief Creative Officer and into the brand as their Vice President of Marcom Integration. And the trend is showing no sign of slowing. Search “Creative Director” in LinkedIn jobs and you’ll find everyone from Mattel to Kodak advertising roles for Creative Directors in their in-house marketing teams.

In South Africa, brands like Naked Insurance, DirectAxis, Virgin Active and News24 have all adopted the in-house model, often with great results. In fact, Showmax, DStv’s on-demand video service, has their own in-house agency which has received finalists at the 2022 IAB Bookmark Awards for the work they’ve done on behalf of the brand, while being rated amongst the top creative agencies at the Loerie Awards in 2021.

How traditional agencies are responding to the shift

Simply put: with trepidation. Before I made the jump brand side, there was already much talk of clients moving to the in-house agency model by various leaders within the large multinational agency group I was employed at. Their thinking was, to avoid, or at least mitigate the potential loss in revenue, the group would offer clients a consultancy that would, for a fee, help them set up their own in-house teams.

The other solution that’s being offered by global multinationals is the setting up of bespoke agency solutions whose sole mandate is to service a particular client. Publicis Groupe have, with great success, launched Le Pub, a bespoke agency solution based in Amsterdam that services the Heineken brand. However, brands still continue to make the move away from traditional agencies for a variety of reasons.

The benefits of moving marketing in-house

Having an in-house marketing team means you’re working with people who are aligned to your company’s culture, vision and values.

At Ozow our purpose is to close the digital divide and create greater financial inclusion by providing access to digital products that service the underbanked. Every member of our team is aligned to this purpose, and it’s often the idea of working for a brand that is driven by purpose that attracts talent in the first place.

Another benefit is the ability to be agile. Creating marketing in-house means the removal of the often tedious and time consuming client approval process. At Ozow, our CEO is our client. If he likes the work we present, we make it. Which brings me to my next point: the ability to test and learn. In agency you’ll often go into a client presentation with multiple creative routes and, if you’re lucky, the client will pick one. At Ozow, we have the ability to run all three campaign ideas on digital first, testing to see which route the target market responds to best, before we invest in above the line media spend.

And lastly, proximity. In-house teams have a deep understanding of the brand and the products they’re selling. At Ozow, our team members have direct access to the founders of our business. And if our marketing team has a question about how the back end of a product works, or how it was built, the people who actually built it are quite literally a few desks away. In my previous agency life, a technical question about a product or service could take days, if not weeks, to get answered. To this point, I recently saw a quote from Ahmed Tilly, one of South Africa’s most prolific creative minds. Ahmed said “The bigger the distance between client and creative, the less creative the creative.” I couldn’t agree more.

What I’ve learned from my move in-house

My first nine months at Ozow have been challenging yet incredibly rewarding. My biggest realisation has been that agency creatives are incredibly siloed into one area of a business. Working as part of a marketing team in a scale-up has meant that I’ve been exposed to areas of the marketing function I would never otherwise have had to learn about. For example: agency creatives have the luxury of production departments to get quotes from suppliers, and client service teams who write briefs. In Ozow’s marketing department, we wear many hats and perform multiple roles. My core function is Creative Direction, meaning concept development, creative guidance and team leadership, but I’m also dealing with suppliers, negotiating marketing spend with clients for campaigns and writing briefs. This has helped me build new skills and opened my eyes to potential new growth paths within the brand.

In conclusion, I believe the in-house model is the future of marketing and advertising and that, in the coming years, brands will continue to attract top talent out of agencies. My advice to that talent is that if you get the opportunity, take it. It was the best move I ever made.