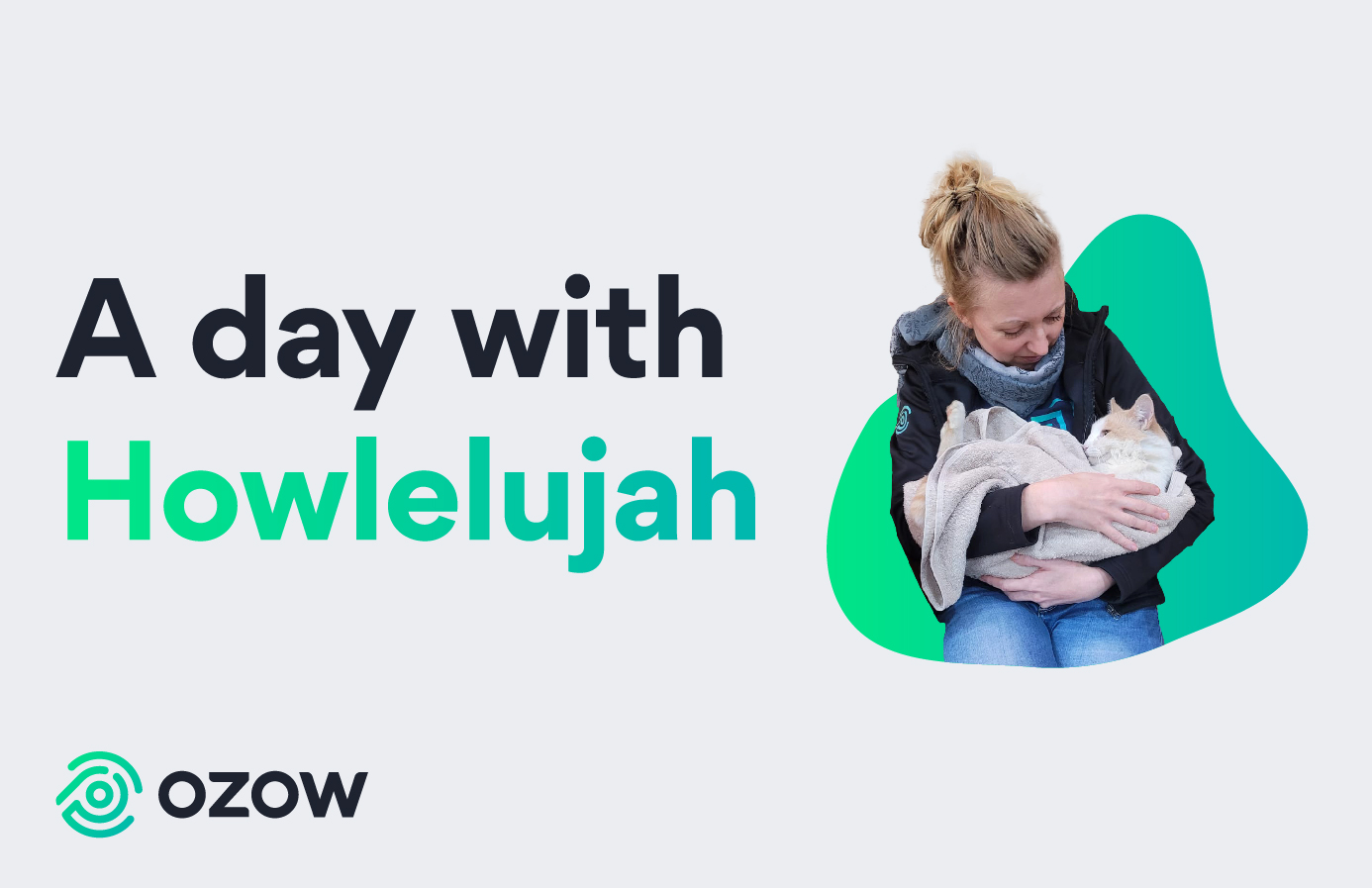 In June 2022, two brilliant Ozow team members had the amazing opportunity to work with an incredible animal charity, the Howlelujah Foundation.

Howlelujah takes care of needy furry friends that have been the victims of neglect or mistreatment. They do this by taking in cats, dogs and other animals when needed, adopting them from abusive owners, sterilising, deworming, and providing medical treatment to them when necessary.

When our animal loving team heard about this charity, they worked quickly to raise the R20 000 needed to support the Foundation. The amount raised was split down the middle: half for cat and dog food, and the other half for sterilisation.

During their time with Howlelujah, Jax and Maike got involved with the organising of food packs for cats and dogs. They then spent rest of their time comforting the animals after they received their respective treatments and surgeries. Over the course of two days, the foundation managed to sterilise, deworm, and provide treatment for nearly 180 cats and dogs. Howlelujah partnered with Malmesbury Animal Hospital to achieve this exceptional number, with each cat and dog leaving with two bags of food and a blanket.

We are proud to have had the privilege of being involved with a charity that is doing such important work. A special mention goes to Jax and Maike for their time and eagerness to help. You deserve a round of a-paws.

“It's extremely heart-warming to see the community come together in support of the furbabies. It was a tough day, but I know this makes a huge difference in reducing the population of unwanted and homeless pets,” says Jax.

This is the ultimate cause for looking after lost puppies and kitties. Click here to donate to this incredible charity.