The power of Ozow’s merchant partnerships 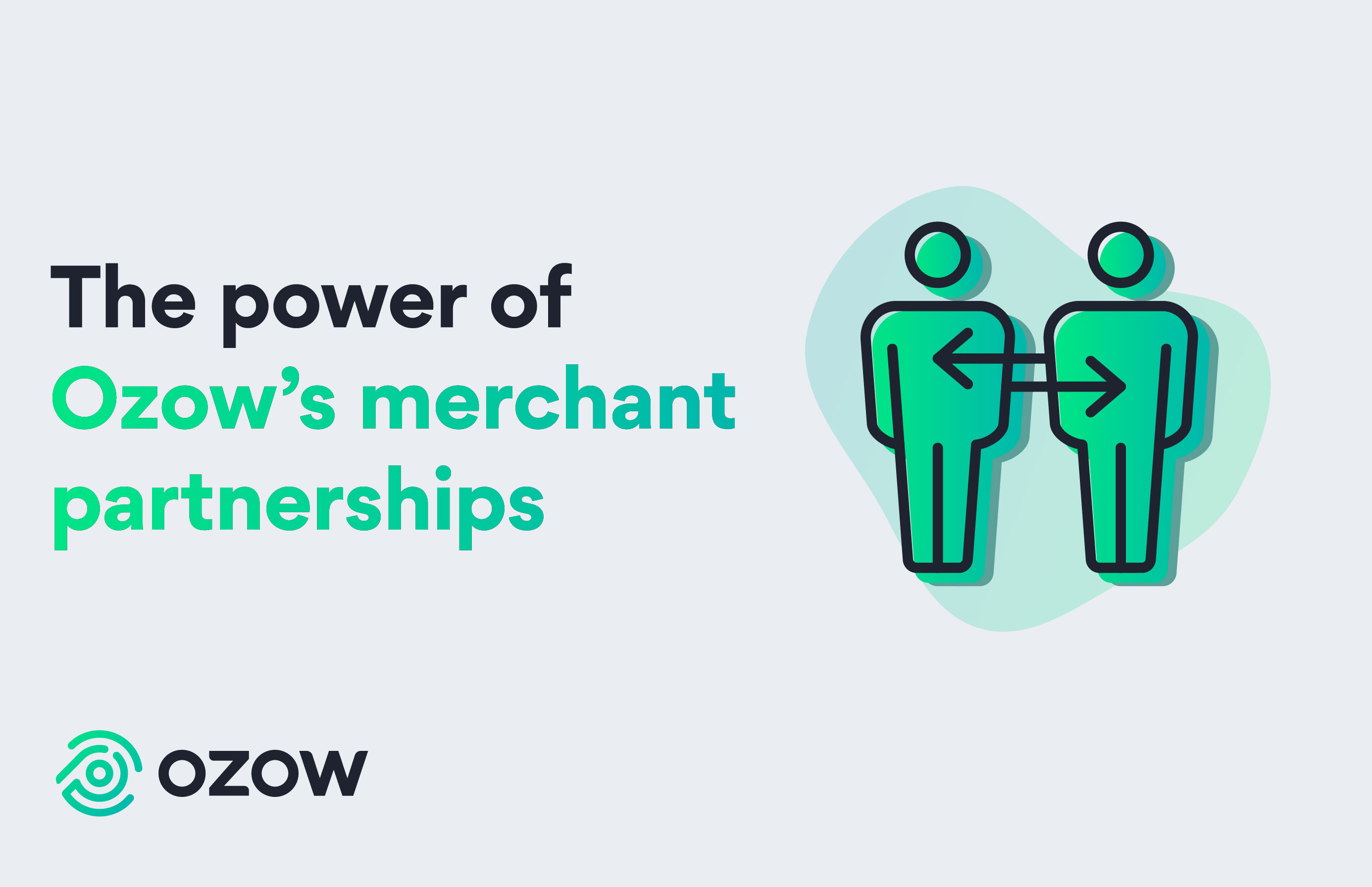 It’s estimated that 22 million South Africans shopped online in 2020, spending more than R30bn. And with a 44% increase in online shoppers expected by 2024, it’s never been more important for merchants to have safe and secure ways to get paid by these shoppers.

At Ozow our mission is to close the digital divide and create greater financial inclusion by providing South Africa’s 47 million bank account holders access to these merchants. We do this by offering payment solutions that include the ability to pay via QR codes, SMS payment request links and even Ozow PIN, a four-digit pin that allows consumers to checkout and pay in half the time.

But in order to really understand what Ozow can do for your business, we need to take a look at what we’ve done for some of our existing merchants. Before we do that, let’s discuss the first, and most important step, that any merchant takes with Ozow.

We’ve designed the Ozow integration process to be easy and seamless, and it comes at no cost, whether you’re running a large or small business. For example, Ozow is available as a plugin on ecommerce platforms like Shopify, and can be integrated directly into accounting software like Xero, giving you the ability to include a pay now button directly on your invoices. There are also many other methods to integrate Ozow into your business, and you can find out more about them here.

However, the power of Ozow’s merchant partnerships is best illustrated through the results that we’ve achieved with our merchants, so let’s dive into some of those case studies we mentioned earlier.

The merchants we’ll be looking at

Merchant A – one of South Africa’s largest online retailers.

Merchant B – a well-known food delivery service with a nation-wide footprint.

Each one of these merchants uses different Ozow products and services to get paid by their customers, and the results speak for themselves.

Merchant A uses Ozow Instant EFT and Ozow PIN (a product that allows a recurring customer to pay using a four-digit pin and two-factor authentication) to facilitate payments from their customers. By offering these easy, fast and secure payment options, Merchant A has established trust with their consumers, and as a result recurring customers are willing to spend more time and more money on their store. In fact, over the course of our six-year partnership Merchant A has seen their processing value grow 930% on our platform. While their transaction count has increased 735% over the same period.

Over the course of our five-year partnership Merchant B has grown their processing value by a staggering 1273% on our platform. While their user base and transaction count have both grown 991% over the same period. This is because when Merchant B chose to integrate with Ozow, they not only gave their existing customer base a new way to pay, they opened their business up to a new, untapped customer base: those without credit cards

Merchant C’s customers might be traveling long distances, but when it comes to paying for tickets they want the ability to pay quickly. Having only been with us for three years, Merchant C has seen an impressive growth of 507% in processing value on our platform. And on top of this their transaction count has grown 492%, while they’ve seen their average monthly user base grow almost 429%. That’s a year-on-year user base growth of 143%.

Why you should become an Ozow merchant

From the information in the examples above we can extrapolate that a partnership with Ozow has led to exponential business growth for all three of these merchants. But there are a number of other reasons you should be speaking to us. Not only do we provide our merchants with multiple ways to get paid, we also offer Payouts and Refunds as well as competitive processing rates on our products. Rates that cost significantly less than traditional payment methods such as credit and debit cards. So, what are you waiting for? Become an Ozow merchant today, sign up here or contact sales@ozow.com