Ozow’s 8th birthday: a look back on our journey and a look toward the future 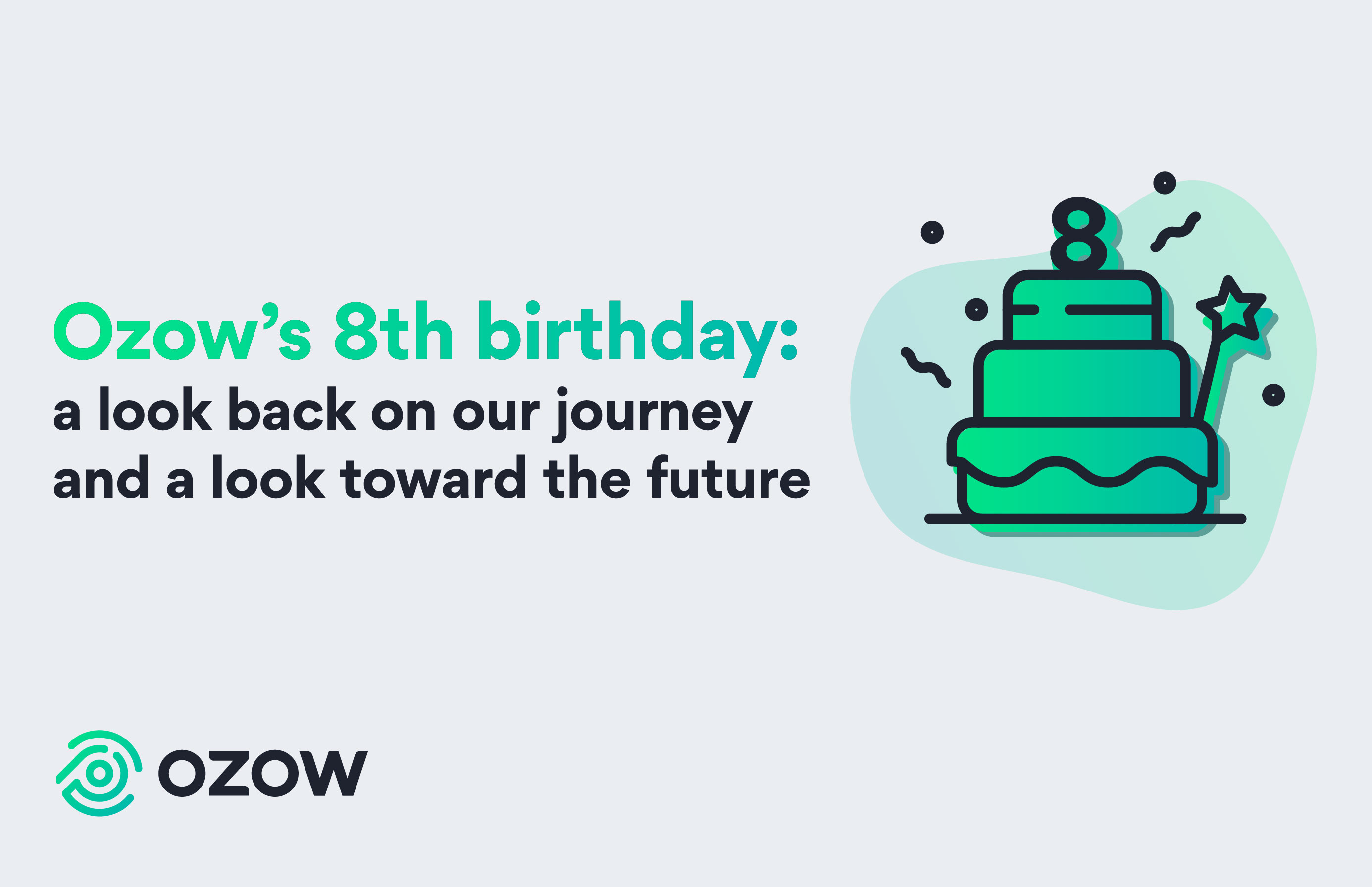 Today marks Ozow’s 8th birthday and to commemorate the occasion we thought we’d take a look back at our journey thus far, while casting an eye to the horizon to take a look into the future of our business.

Our name may have changed, but our mission hasn’t

From the day our founders first met, their mission has always been to close the digital divide by providing the underbanked with products and services that create greater access to the digital economy. This purpose is the reason Ozow exists, and it is the driving force behind the products we create and release.

That being said, we weren’t always called Ozow. Up until 2014 we were i-Pay, until our desire to expand into Africa, and the need for a unique name to go along with it, led to a rebrand of our business. Over the last eight years many have wondered where the name Ozow came from and what it means, and to be honest, we like the mystery. So, all we’ll say is that our payment solutions are Ozow-easy, Ozow-fast and Ozow-trusted by millions of South Africans.

The journey hasn’t been easy

Getting to the point where we are servicing millions of consumers and merchants and watching our new users grow at a rate of 150 000 people per month hasn’t been easy. Like all great success stories, our founders faced their own set of challenges along the way, Ozow Co-founder Lyle Eckstein remembers this.

Lyle: “I got to the point where my back was against the wall and I had these debts that were piling up. I was going to the super market and having to run to the ATM to try and draw cash from multiple accounts to pay for groceries…”

Ozow CEO and Co-founder Thomas Pays gave us some more insight into what helped them get through these trying times.

Thomas: “We constantly reminded ourselves that for every time we didn’t give up, someone else did, and that took us one step closer to becoming the market leader…”

Where we find ourselves today

That desire to never give up has led to us passing some major business milestones over the years. On March 5th 2020 we broke a considerable barrier, officially processing over R10bn in transactions. And we continued that trajectory in November of the same year when we processed R1bn worth of transactions in one month, passing the billion Rand mark on Black Friday with the single biggest transaction that day being R500k.

Then, coming off that year of exponential growth, we closed our Series B funding round in November 2021, receiving $48m in an investment round led by Tencent. An investment that has been used to power our future, helping us to grow our team and further expand and enhance our product offerings.

What we offer merchants and consumers

Today Ozow offers merchants the ability to get paid via eCommerce, QR codes, Smart SMS and Pay Now buttons on invoices. We’ve also answered the consumer demand for faster returns with our Refunds product and the ever-growing need for seamless customer withdrawals with Ozow Payouts.

But our goal is not only to service businesses, we want to help grow them too. That’s why start-ups, youth-run businesses and small, medium and micro enterprises that process under R1 million per month in transactions do so free of charge for the first 12 months.

CEO Thomas Pays says "By zero-rating the costs of accepting this form of payment, we are presenting more entrepreneurs the option of establishing their own businesses, which means more opportunity for financial autonomy, job creation, a competitive retail environment, consumer choice and an entrepreneurial, diverse economy.”

On the consumer front we have launched our peer-to-peer payments app Ozow ME which will empower South Africa’s 48 million bank account holders to send and receive money from bank to bank, at no additional cost, while using no data.

When asked to comment on Ozow’s success CEO Thomas Pays says “It’s simple: we’ve built a brand that people trust. One that’s credible, that has an authority, but more importantly one that does not let people down. When you use Ozow, it always works.”

Our founder’s vision for the future

Ozow is now in a hyper-scaling phase and our founder’s sights are set firmly on the future. When asked for comment on where to next, Lyle Eckstein said: “In our travels to various African countries we’ve realised that people there face similar issues to people here at home. There’s a huge need for people to be able to transact online, and we have the ability to help. That’s why we’ve earmarked expansion into Africa as our top priority going forward.”

Thomas Pays expanded on this: “We have the opportunity to do something that has never been done before: create one API that connects fifty-plus countries, creating an alternative rail to the card rail, enabling open banking across Africa - and hopefully one day the world.”