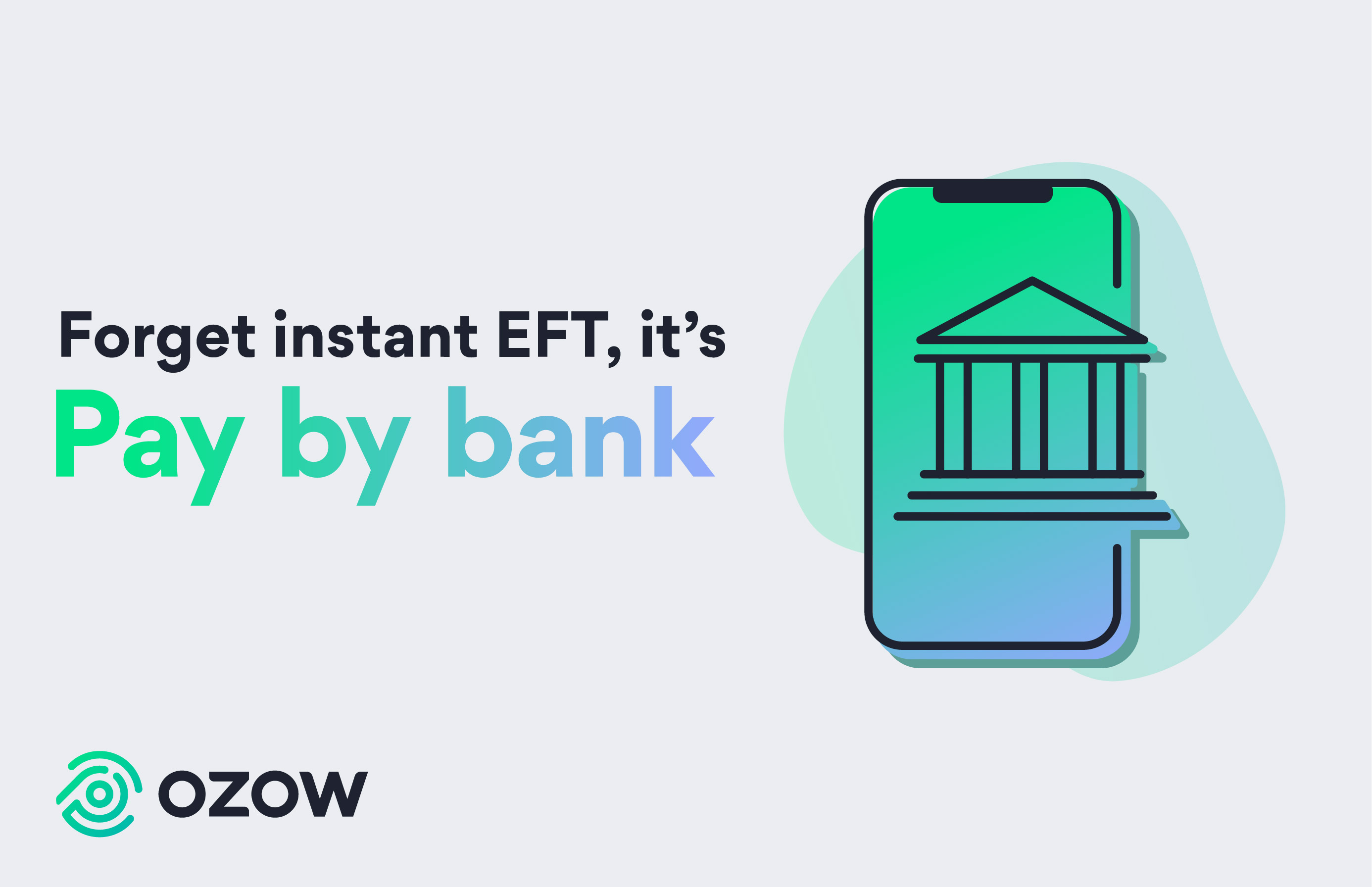 Paying someone in the digital age – or getting paid – is a bit like magic. With current digital payment solutions (such as instant EFT), all you need do is tap a few buttons, and money starts moving, from consumers to merchants, and even from person to person, no matter where they are in the country. But the system isn’t without its flaws.

David Muchatibaya, Ozow’s Software Development Manager, points out an obvious one. He recalls asking someone in an interview: "Right now, if you want to send money to someone in Kenya, where do you start? And they were puzzled.”

Enter Ozow Pay by Bank. This payment solution takes the traditional payment system into the future by facilitating ever faster, simpler, and more secure payments. It helps drive eCommerce and innovative solutions platforms like Mukuru, which is helping build the cross-border reality that David envisions. But new technologies (especially ones involving your bank account) can seem daunting. To dispel any worries, let’s take a closer look at what Pay by Bank is, how it works, and where you can get it (hint: right here).

EFT vs. Pay by Bank

To describe what Pay by Bank is, it’s helpful to start with what came before it – EFT.

From a consumer perspective, Electronic Fund Transfers (the aforementioned EFTs) have been the dominant form of exchange from the beginning. As David describes the situation: “We have these different organisations who all use different processes to manage our money.”

The process is lengthy:

Given the number of acronyms involved in this process, it’s remarkable how fast it can be – EFT payments typically take 48-72 hours to clear. But what’s also apparent is that this process is extremely complicated, and complexity comes with its own challenges.

For consumers and businesses alike, it means greater potential for mistakes, as well as more opportunities for fraudulent activity. Card fraud, particularly card-not-present fraud, is on the rise. This type of fraud uses stolen card information in a setting where a merchant can't perform a physical check, making online purchases particularly susceptible, and helping card-not-present fraud reach a total of more than R380 million in 2021.

Pay by Bank was created to solve these problems.

How Pay by Bank payments work

Pay by Bank has its foundations in open banking. In this system banks allow third parties to access and control their customers’ personal and financial data (with their consent, of course). There are a wide range of uses for these protocols, but for our purposes the most important is the ability to execute transactions and make changes to accounts. This functionality alone represents an enormous evolution in finance: since the founding of the modern banking system over 300 years ago, banks have held sole proprietorship over customer information.

“Open banking allows us to create something central,” says David. “It builds a common system between all these institutes and allows people to make seamless payments.”

At its core, Pay by Bank works by cutting out the middlemen in the payment cycle. This is made possible by an Application Programming Interface (API). The API – typically provided by a third party like Ozow – acts as the facilitator for payments, as opposed to a complex multi-step system involving several intermediaries.

Essentially, it simplifies the process to only a few steps:

And that’s it. In two steps you’ve paid or been paid. But Pay by Bank’s impact goes beyond mere convenience.

Why use Pay by Bank: The case for business

The true impact of Pay by Bank doesn’t just lie in its simplicity. It lies in its ability to expand access for both businesses and consumers.

For businesses, the first benefit is simple: it’s cheaper. Discarding the need for multiple intermediaries reduces the administrative costs of processing payments, meaning that business owners are able to claim more profit from their sales. Ultimately, this even lowers the barrier of entry for those interested in starting their own business.

Beyond its simplicity, Pay by Bank solves many of the security problems that card-based online payments experience. Since customers are paying directly from their bank account, the opportunity for card fraud is eliminated entirely. And the high degree of security employed by Ozow makes it harder for businesses to lose money to nefarious activities.

Pay by Bank can even increase total sales – in fact a survey by Splitit found that 87% of online shoppers will abandon their cart if the checkout process is too long or complicated. More alarmingly, they found that 55% of shoppers would never return in such a case. Pay by Bank offers a streamlined, simplified payment process that makes it easier for customers to get what they need, reducing the chance of abandoned carts. And, paired with Ozow Refunds, it can even generate additional value for the business – up to six times the value of a refunded item, according to our own Refunds case study. For one enterprising merchant, the effective refunds system that Pay by Bank enables allowed them to generate a staggering 30 times the value of refunded merchandise from the same customers who had originally requested refunds.

It also helps keep customers happy in other ways, too: using Pay by Bank as part of a well-crafted refunds policy means that when things do go wrong, and goods need to be returned and refunded, businesses can quickly put money back in customers’ hands. This helps build positive relationships and trust between consumers and merchants.

In economies like South Africa, it also widens the customer pool. Over 47 million South Africans now have smartphones and bank accounts, representing an enormous pool of customers who are able to take advantage of Pay by Bank initiatives. It also has the potential to expand that pool beyond the borders of South Africa, as David points out: “Imagine if you could send money within Africa in a way that makes it easy to send money to anyone, anytime.” But that’s not all.

“Not only can you send money, you can use the same platform to make purchases.”

Suddenly, businesses may be able to draw on a customer pool the size of a continent.

Why use Pay by Bank: The case for you

Who hasn’t felt the stress of waiting to find out whether an EFT payment has reached its destination? Or wondered whether a promised refund is ever going to arrive? For the consumer, Pay by Bank soothes these worries. The speed of payment offers reassurance that money is where it’s supposed to be, and when.

The same security benefits that apply to businesses apply to consumers, as well: Since a card number isn’t required, there’s no possibility of someone stealing your information. You simply log directly into your bank account, reducing the opportunity for fraud.

However, the biggest consumer benefit of Pay by Bank is access. In a country where millions only have access to basic banking services and debit cards, Pay by Bank isn’t just an easier way to engage with the digital economy, for many it’s the only way. While internet access has spread with cellphone use, for many it remained only a window to digital services – Pay by Bank opens the door.

The impact of this can’t be overstated: suddenly, consumers in remote areas have access to products that can make a real, material difference in their lives. At the same time, consumers based in informal settlements gain access to services previously out of reach simply because of the realities of their geography. Through Pay by Bank, new networks of value grow where previously the ground lay fallow.

However, none of these benefits should be taken for granted. Technologies like Pay by Bank are currently used by a minority.

Ozow’s mission is to champion the power of Pay by Bank. David frames the challenge with his final thoughts: “Making sure we don’t cater only to the minority is super important. Driving the future of finance means continuously learning, improving, and finding new ways to expand access.” To find out how we’re doing that, visit our business page, or find out how you can use Pay by Bank as an individual.